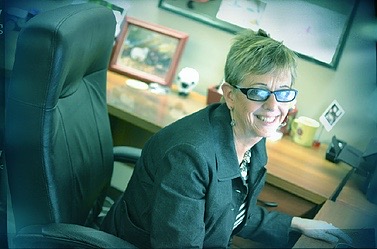 –by Janyne McConnaughey, PhD The teacher and I exchanged knowing looks as a kindergartener flung herself across the table, scattering crayons and paper in every direction. We understood that intervening at this moment would only make it worse, although it probably was going to get worse anyway. I was a volunteer. I had no clue what to do, so I sat down on the floor next to the table under which the child had crawled. I somehow knew better than to look directly at her, so I just sat. Surprised by my presence there on the floor, she stopped screaming. This incident occurred before I consciously knew my own story or understood much about trauma. I probably thought she was more in control of her behavior than she actually was. The idea that children’s behavior could be triggered by traumatic experiences was not yet on my radar. I had so much to learn. The first step was understanding myself. I had actually been trying to do just that for a long time, with my subconscious trying to make sense of my story even when I couldn’t consciously remember. I was a victim of early childhood sexual abuse who grew up to study child development, teach in and direct preschools, prepare teachers, and complete a dissertation on the innocence of the child and how the adult’s view of the child affects teaching and parenting choices. These were good choices, but it is still clear that they were subconsciously driven. And there were other, not-so-good choices, also subconsciously driven. As a child whom both my parents described as difficult, much of my behavior was trauma- and attachment-driven. I often could not explain my behavior; many choices felt outside of my control despite my best efforts. It was early childhood wiring, but it felt like it was me. And because I grew up in a religious setting, I believed it was sin. One day in therapy, I realized how hard I tried to be a ‘good girl.’ I went to extreme subconscious lengths to ensure that the little girl walking around in the world didn’t bother anyone. I was a bright, precocious child who had experienced abuse, had no help in processing what happened, and was unknowingly living out that trauma every day. I went to the altar a lot while growing up. I desperately wanted forgiveness for whatever was wrong with me. I felt defective and I believed it was sin because I had been taught, “You just need to repent of the sinful things you have done and then God will forgive you and help you obey and be good.” I wonder, however, what calling all “unacceptable” behavior “sin” says to traumatized children. When I would ask for forgiveness, I had no way of understanding that in a very real way, I was asking God to forgive me for what others had done to me. I thought all the turmoil, reactive episodes, desire for attention, and pathological fear of betrayal were part of my sin nature. Please understand that I am not speaking against religious or spiritual beliefs. I only ask that readers understand the very real effects of trauma on the behaviors of children. Behavior is driven by needs, and as children attempt to get their needs met, there are certainly some choices that are better than others. The problem for those children who have experienced trauma is that all needs are perceived as survival and not much critical thinking takes place when they are triggered. To consider behavior to be a choice, sinful or otherwise, presupposes the ability to choose. There were many times when I, as a child, felt that I had made a wrong choice, but I now understand that my trauma made good choices hard to come by. I had needs and felt I would die if those needs were not met. It would have helped if I could have separated need from choice, if I understood that the need wasn’t wrong, but that I could learn to make other, better choices by practicing them in a setting where I felt safe. Instead, the belief that it was sinful choice created shame around my needs. How will you react to the child who throws herself across a table then hides under it? What about the one frozen in place, unable to enter a room or complete her work? Without an understanding of trauma- and attachment-based behavior, it is possible to get this completely wrong and add more trauma and shame to an already hurting child. Even those without a religious background have a foundational view of childhood innocence ­– or lack thereof – that enters into their interactions with the child. Yes, children do, at some point, need to learn to make good choices. But I believe many tragedies in our world are the result of controlling children’s behaviors instead of helping them process their underlying needs. The more we cause children to feel shame for who they are, the more likely it is that they will unconsciously react rather than truly choose. Once children understand their needs and learn strategies to self-regulate, triggered behaviors will decrease. Then we can focus on building higher-level thinking skills that enable them to make better choices. It is crucial for all of us, especially those who are doing our best to help children through teaching, counseling, adoption, or foster care, to reflect deeply and carefully on how we view children’s behavior. We know too much about trauma and attachment to attribute it to mere willful disobedience. Labeling the behavior as sin ends the conversation and hinders the process of healing and understanding emotions which the child so desperately needs on his long and difficult journey of healing. If you are still with me, thank you. Thank you for taking the time to read, to try to understand trauma, and truly help these children.

Janyne McConnaughey, member of the ATN Board of Directors, is a retired teacher educator and Professor Emeritus who taught every age from preschool to graduate school during her forty-year career. She completed a Ph.D. in Educational Leadership, from the University of Colorado—Denver in 2006, with an emphasis in Early Childhood and Math Education. After retiring, and an intensive healing journey for significant childhood trauma, she now devotes her time to writing, speaking, and blogging. Along with Brave: A Personal Story of Healing Childhood Trauma (2018) and Jeannie’s Brave Childhood: Behavior and Healing through the Lens of Attachment and Trauma (2019), Janyne is working on a prequel to Brave which should be available in 2020. She and her husband Scott, are now living in the Seattle area near their children and grandchildren and love exploring the Pacific Northwest.