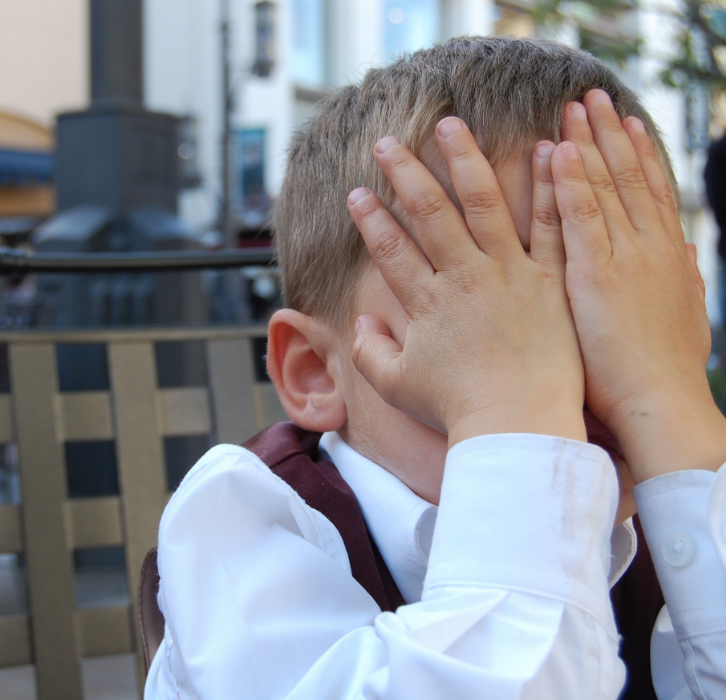 In the world of therapeutic parenting and developmental trauma, we hear a lot about shame. Professionals write lots of great articles about it. This is my perspective as a mom.

When I first read about shame in our kids, I was pretty positive that my often narcissistic son could not have that issue. I looked at other kids with trauma and could see it in some, but not all. So I started looking closer, and found four things that cause our kids shame.

Some kids were flat-out abandoned by their first moms. For others, it’s more subtle. The feeling of abandonment can come from death, divorce, moving away, changes in placement, illness, or friendships ending. Even things like moving to a new teacher or new school or new therapist can trigger it. Because children tend to see themselves at the heart of everything, they believe they must have done something to cause the abandonment. Maybe they were not good enough, smart enough, or strong enough. Maybe they were too ugly, or cried too much, or got into too much trouble. The reason for the change may have had nothing to do with the child. It could even have looked from the outside like something good–graduating speech therapy, moving to the next grade, relocating to a better home. What really happened does not matter, though. Children see the world through their beliefs.

Children who experience abuse or neglect often blame themselves, just as they do for real or perceived abandonment, with similar consequences. When removed from an abusive environment, the child may continue to feel that they somehow deserve the same treatment. Such children may even find ways to punish themselves–sabotaging fun, destroying prized possessions, harming themselves. All because shame has led them to believe they don’t deserve love or nice things.

Sometimes, this is overt. The child hears someone say negative things about their birth family. She realizes that she carries the same DNA, so she concludes she like they must be bad too. Hence, more shame. Other times this can be more sneaky. If a child is watching tv and the only people on the show who look like him are criminals, then he may feel that he is destined to be a criminal. If a child observes others talking badly about her race or country of birth, she may internalize these negative feelings herself. If the child is of a different race than his or her adoptive parents, this may intensify.

When children get in trouble for inappropriate behavior, which, sadly, many of our traumatized kids do, they typically feel guilt. They may not show it but they feel it. Or at least they feel something. Even when they don’t get caught, after the euphoria of getting away with it fades, a bad taste remains. Maybe guilt isn’t the right word, but these incidents almost always add to the child’s deepening sense of shame.

Just as shame can show up in different places, different kids show it in different ways. Some try to be perfect, smarter, prettier, more compliant. They try to fit in and give up any self-expression, pleasers who may look emotionally healthy on the outside, but inside feel self-loathing. This may make them more likely to be victims. They also are more likely to fall apart.

Other children act out. They see themselves as bad kids, so they live up to this self-concept by behaving badly. This is very common in kids who had early trauma. Some, out of fear, pull away from relationships. This lack of connection in turn causes greater shame. This may not be news to you, especially if you’re a parent–these are kids whose parents are desperate and seek help from resources like ATN.

What we can do about shame

The good news is, an experienced therapist can help with overcoming the shame our kids already have, and we, as parents, can try to keep them from experiencing more. We can’t prevent it all, but at least we have a place to start.