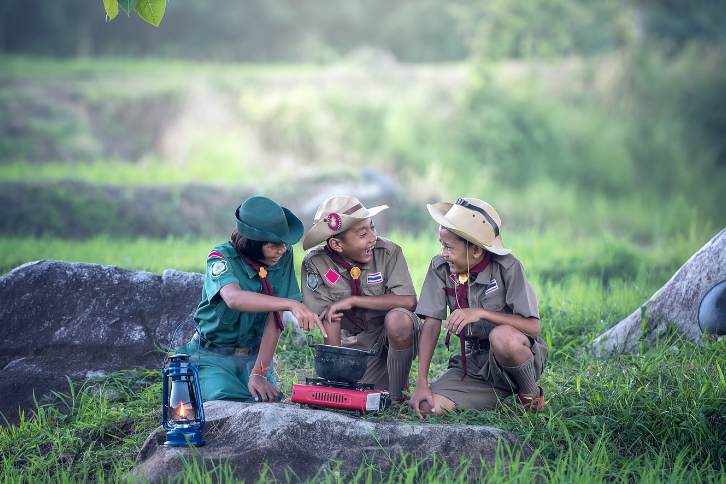 That kid must have been raised right

One day as I scrolled through social media, I saw that several different friends had shared a video of a kid doing something sweet, one of those heartwarming things that everyone likes to share. At first I smiled and thought it was nice. Then I noticed something–comment after comment stating that this kid had obviously been “raised right.” As I read dozens of similar comments, something started to nag at me. I knew the child’s parents had to be super proud. I mean, I would be. Which meant it took me a few minutes to figure out what bothered me. It wasn’t the kids or the comments. It was what the comments implied.

Parents are just part of the story

If the great kid’s greatness comes from having great parents, then conversely, logic–and society– would dictate that a kid who causes trouble must have bad parents. I see this on social media too. Someone posts an article about a kid who makes a bad decision and the comments also flow, things like “they must not have been taught right from wrong” or “I bet that apple doesn’t fall far from the tree.” And let’s not forget the ever popular “the parents should be arrested too.” They assume the kid in trouble learned these behaviors at home.

These commenters have no idea how much this hurts. I know lots of great parents who have troubled kids, and troubled kids often manage to get themselves into trouble. Many adopted children came into care because they had rough starts. Other children may have mental health issues. Then we have other traumas: divorce, bullying, divorce, moving, sickness, death in the family… The greatest parent in the world cannot fully prevent her child from ever facing trauma. Even if we locked them safely away in a protective bubble, that itself would constitute a form of trauma.

This doesn’t even touch the fact that we don’t have robots for children (not that it would matter–in the old sitcoms, even robot children got into trouble)! Our children are human and humans make decisions. As parents, we may feel frustrated, especially when we do not approve of the choices our human children make. Some make mostly good choices with only a few mistakes, mistakes that may not have massive consequences. Others, no matter how amazing their parents may be, make terrible decisions, sometimes with dire and very public consequences. No one asks what the parents actually did or how they are actually raising their child. Parents find themselves judged, demonized, isolated. Family and friends may even desert them, just when they need the most support.

Parents are human too

Personally, I think the biggest reason for this is fear. If I can convince myself that my good parenting will prevent my kids from making bad decisions, then I don’t have to worry. My kid won’t spray graffiti or shoplift or experiment with drugs or any of the other things parents fear. Parents are human too. We want an easy formula for everything–losing weight, preventing illness…and making children behave. Unfortunately, there are no guarantees. We do the best we can and bad things happen anyway. True, some children make poor decisions because their parents do, but this is not always so.

I’d like to leave you with this–the next time you see a story about one of “those kids,” whether good or bad, please don’t jump to any conclusions or blame the parents if the story is not-so-good. Instead of posting a nasty comment, reach out to the parents with a kind word. If you know them in real life, give them a hug. They don’t need salt poured in the wound. These parents feel hurt enough.