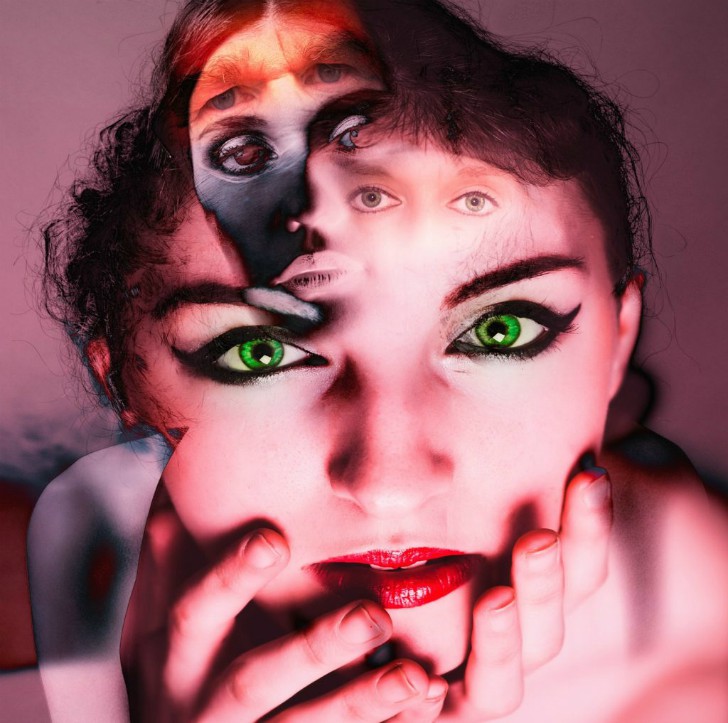 Staring at the analog clock in my therapist’s office, I wondered which hand was the big hand and struggled with my need not to go over my time. “I can’t read the clock,” I said. It was awkward because I was 62, but I really wasn’t. This awkward therapy moment is brought to you by my dissociative disorder. It was a watershed moment in understanding one possible reason for uneven learning in the classroom. I spent forty years as a teacher educator and felt the frustration of helping children who knew how to do something one day and not the next. To suddenly find myself unable to do something I had obviously been able to do for at least fifty years was astounding; but on that day, I was six-year-old Jeannie. Some tim

e after this, while observing in a classroom, I watched a first grader transition from a growling dog, to a very small giggling child, and a then a child who could only work puzzles if she was allowed to keep her stuffed dog at the table. All this would have seemed illogical if it hadn’t been for the day I could not read the clock in my therapist’s office. I had shifted and so had this child. We had both learned to survive our pain by splitting. In my case, the one who threw sticks at the creek was not the one who could read the clock. In her case, the one who worked puzzles was also the one who loved dogs. One day I was talking to a friend who had been a teacher for years. As I explained what I had learned about dissociative disorders, she suddenly stopped me. “Wait! This makes so much sense. I had a little boy in my class a few years ago who would show up as one of three different boys. He would announce himself as ‘Sad Johnny,’ ‘Happy Johnny,’ or ‘Angr

y Johnny.’ It sounded just like a fantasy except they were completely different from each other. I had to know who showed up in order to determine how to interact. I wish I had understood what you are telling me.” There is much to understand! While learning about DID (Dissociative Identity Disorder), I began to understand dissociation as a spectrum. To some degree, in order to cope, everyone dissociates from reality on occasion—daydreaming for instance—very common and usually healthy. On the other end of the spectrum is the person who separates into multiple identities to divide up the pain and live life.  In this category there are some who have periods of amnesia while various ‘parts’ live life. In my case DID NOS (Not Otherwise Specified) there was not significant amnesia between alters. Thus, I didn’t wake up and realize I had clothes in my closet I did not remember buying. I did have significant blocked memories (due to repression), but for the most part they did not impair my ability to function day-to-day. As I began to heal and integrate my child ‘parts’ I came to the realization that I had lived in my home, went to church and school, and played with my friends as more than one ‘me.’ While healing, the shifting was less controlled and I got a real sense of what it felt like to be unable to control my behaviors. I had a very organized system because there was consistency and support in my life. Most dissociative children are not so fortunate, and so their behaviors may seem very irrational. The key to understanding these children and myself is the need for safety. The loss of a sense of safety will trigger the child who is dissociative and cause a shift. It might be to a child who experienced a trauma to which the trigger is connected, or it might be to another stronger or older child who steps in to protect (possibly an animal).

Triggers can be absolutely anything. One of mine occurred when someone looked at a watch while I was talking. I would immediately feel my safety threatened and shift to a small child who was consumed by shame. This usually resulted in an angry explosion or tears and an attempt to leave the room. As an adult, this experience was often professionally awkward, since I never knew I had experienced trauma or was dissociative. Children may not know either —they certainly would not know they are shifting. Repression and dissociation are amazing coping mechanisms, but a child may do or say something as one child, then shift and not remember what he or she did. It might not be a lie! Understanding behavior is far more complicated than we would like. We are usually unaware of the child’s full story. We are not therapists and dissociative disorders are often very difficult to recognize. The likelihood of the cause being early childhood sexual abuse should make us tread very carefully in jumping to conclusions. At the same time, our growing understanding of behavior tells us that all behavior could make sense if it were possible to know the story. When behavior doesn’t make sense, it is likely the child is not feeling safe or a need is not being met. This is true for all children, but especially those who have experienced trauma. Children are responding to a feeling and are likely as confused as we are. Asking them to explain their behavior is useless, but simply accepting where or who they are in that particular moment will help them return to a sense of safety. It is OK if Jeannie can’t tell time today. They just need to know we care.

PrevPrevious20 Years after the Fetal Alcohol Diagnosis
NextKidneys vs. BrainsNext