I am sitting on airplane headed back home to my real life. I have been at a retreat/conference with a hundred moms of kids from hard places. We had classes and support groups…and chocolate and hot tub time. We did a fair bit of lying in the sun and a whole lot of talking. From early in the morning to late at night (which, really, was actually the next morning…haha) you would find clusters of women deep in conversation. Laughter sometimes accompanied their words, and just as often, tears.

Many ways to be a mom

We came from all over the United States and Canada. We had different religions, political beliefs, and lifestyles. Some had husbands waiting at home while others were raising their kids alone. They ranged in age from young mothers to grandmothers. Some had biological children, others formed their families through adoption, remarriage, kinship, and more. What we all shared was that each of us cares for a child who has suffered early trauma.  Some of our children were abused, some neglected, some had medical trauma, and some had experienced loss.

Different yet the same

In spite of our many differences, that one thing – trauma – united us. As I walked around I would hear conversations about treatments or therapies, cameras and alarms, how to handle sexual acting out, ways to help children process race, the roller coaster of residential treatment. And talk about the acronyms! RAD, IEP, ED, EDMR, ACE, KOC, POC, ARD, RTC – it’s our secret code. We exchanged all the information we had, whether books or websites, conferences or blogs. You could name any resource and somebody would not only have it, they’d be ready and willing to share.

Been there, done that…still don’t have the t-shirt 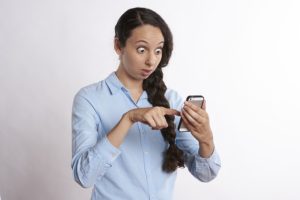 Many agreed on at least this much – reading about kids from hard places is not the same as living it. One thing I heard a lot is “oh my goodness, my child does that too! How do you handle it?” Some moms had thought they were alone and that no one could possibly understand…until they met someone who did. I have been going to this conference for several years now. There I have met some ladies whom I count as my closest friends. I am grateful for technology because none of them live close, but it’s easy to send a text, a quick SOS that my child is doing something particularly bizarre, enough to freak me out. One of my friends will calm me down while another offers advice and others share their stories. At least one makes a joke. They’re right when they say laughter is the best medicine! It goes without saying that I do the same for them.

You don’t have to do this alone

If you don’t have any friends who, like you, are raising children from hard places, I urge you to please go and find some now. Maybe try a conference like the one I’ve just described. BeTA is one that I’ve attended, but you can find others as well. And if you can’t…or don’t want to…get away just yet, there are support groups both in person and online. There are Facebook groups and websites. The Attachment & Trauma Network has a wealth of resources. You could reach out in the comments section when this post hits social media. Whatever you do, please go out and find those connections. They could be just the thing that saves not just your child, but also you as well.