My middle daughter has started to follow in her older sister’s footsteps and taken to hiding in her room.  Oh, she’s not literally hiding — she’s “cleaning” it or she’s “reading”.  But it takes hours, doesn’t seem to make an enormous difference in the cleanliness of the room or the number of pages read and, more importantly, it precludes her from spending time with the rest of the family.  Because all three of my girls are adopted, I worry about that.  A lot.  Frustrated last night, I took a page out of a strategy I used years ago with my oldest daughter, who has struggled with reactive attachment disorder because of early trauma and eleven years in Russian orphanages.

When my oldest was a teenager and refused to join the family, we brought the family to her.  I remember her spending hours refusing to come out after she had received consequences for something or other.  She had simply become so stuck that she couldn’t see a way out.  Her need to control precluded her from apologizing or doing anything to reconnect with us.

So we gave her a bridge.  Not by giving in, but by showing her that we loved her and we missed her company.  I remember one miserable Saturday where we were at a loss for how to reach her.  So in a sudden impulse I filled five bowls with ice cream and brought them upstairs to her room, the entire family trailing behind me.  We went in her room and sat on her floor to eat the ice cream.  To understand how weird that was, it probably helps to know that I never ever allowed food upstairs.

She was shocked — and started with the typical:  “Mama you are so crazy, what are you doing? Get out of my room.”  But before long she laughed at us and then finally sat on the floor to eat ice cream with us.  After all, who can resist ice cream?

This weekend, I tried the same strategy – but without ice cream.  I went to my middle daughter’s room and told her I missed her so much I would just have to sleep with her so I could spend some time with her.  She, like her sister, yelled at me.  “Mom, you are so embarrassing.  You are crazy.  Leave me alone.”  There was a lot of foot stamping and moving around the room as I settled under her covers.  And then — ok, after a half hour or so — she turned it on me: “After all, you’re just on your phone all the time.  What do you care.”

And then her little sister came in the room.  “Get out!” she shouted.  And then — almost as she didn’t know she was saying it — she yelled:  “Can’t you tell this is special time for Mom and me?”

Sometimes we need to shake things up — and take unexpected steps — to build bridges to connect again with our kids. A little silliness delivered with loving words goes a long way.  Try it!

But as a note in closing — this approach requires two things.  First, you need to be sure they have passed the point of needing a little space.  I waited to approach my middle daughter until I was pretty sure she was “stuck,” not just desperate for a little alone time after a three-day trip with forty kids.  Second, you need to NOT be angry — I have tried silliness when I’m mad, and it just doesn’t work. 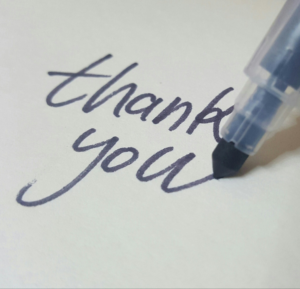 Thank you for the conference… This Mom can’t say thank you enough for the Trauma Sensitive Schools Conference in February 2021. What a great experience to join with others who are passionate about finding answers, having hard conversations, and learning

It began at TSS In February 2021, I had the honor of moderating Dyane Carrere’s session, “A New Way to Respond to Challenging Behavior: The Re-Set Process” at ATN’s virtual Trauma-Sensitive Schools (TSS) conference. Carrere’s approach to and heart for

Just Say No to Teacher Burnout

In times of change, chaos, and crisis, prevent overwhelm and teacher burnout by being realistic about what you can and cannot do. Here’s how.