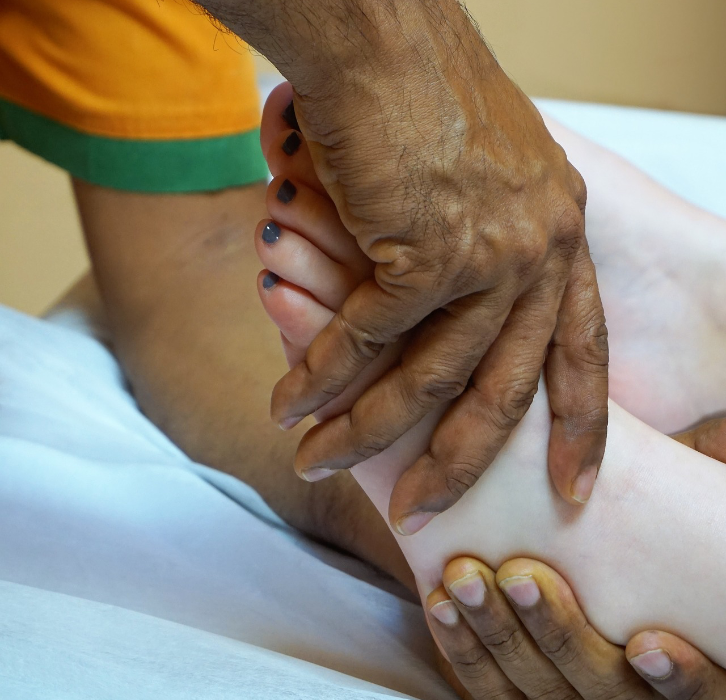 –inspired by episode 3 of Regulated & Relational

Quaker writer and activist Parker Palmer often recounts a story about how, in the middle of what he calls “a deep dive into clinical depression,” his friend Bill Taber would come by and rub his feet. It turned out, Palmer says in an On Being interview, to be “the one place in my body where I could feel the sense of connection.” Palmer credits Taber showing up, and the connection he created, with helping to save his life.

If the pandemic has taught us anything, it’s that we humans, like it or not, are wired for connection. Hosts Julie Beem and Ginger Healy emphasize this repeatedly in ATN’s new podcast. This makes sense, of course, given the podcast’s title, Regulated & Relational.

I started listening to the podcast (FINALLY–I’m slow!) about a week ago. I’ve walked the road of childhood trauma long enough now that the concepts Julie and Ginger discussed felt very familiar. I nodded along as I listened. Then my phone flashed a notification that a friend had sent me a video. This is the kind of friend who knows me well, who often knows what I need before I do. I paused the podcast to take a look. My breath caught almost as soon as I clicked “play.”

Here was a textbook example of attunement and the attachment cycle Ginger and Julie had described not five minutes before: 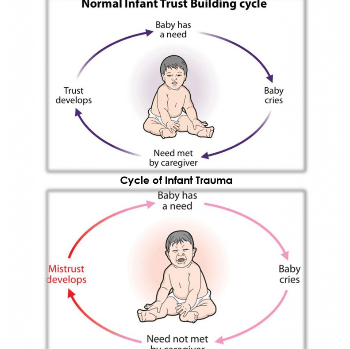 These babies are in harmony with their caregiver. She sings. They giggle and coo. She sings some more. We can’t see her but we know they’re locked in to her every move. We can easily imagine that if the sweet sounds had turned to cries of distress, she would have sought to soothe them instantly. It is a perfect moment, the kind every family deserves.

Parenting doesn’t always look that way, however, especially if a child has experienced trauma and especially if early attachments are disrupted. When that happens, things can go south pretty hard and pretty fast, taking unsuspecting caregivers along for the ride.

I know because I was one of them. I adopted my children when they were 3, 3 ½, and 6. Yes, I did the mandatory pre-adoption session on attachment. I knew that my children had trauma histories. I did not know this would upend everything, that I would become an unrecognizable version of myself–angry, fearful, withdrawn, constantly oscillating between paralysis and meltdown. That sounds like a traumatized child, you might be thinking. That observation is perilously close to the truth. And I would not have gotten out of that spiral without some help.

We started going to therapy for my youngest child. The child in question wasn’t having it. So one day, I decided to focus on me instead. Did I think I needed therapy? Heck no! I just wanted to use the sessions for something other than spending money we didn’t have. Deep down, however, I think part of me knew that this would be the first step on the path to feeling like myself again. Before I could show up for others, I had to start showing up for myself.

Unlike some parents in my situation, I didn’t have attachment difficulties of my own. Trauma? Boatloads, most of it incurred in my first two years as a mother of three. But starting from a mostly secure–if occasionally avoidant–attachment style gave me one less thing to work through as I transformed into a lighter, kinder, more empathetic version of me.

Raising children with trauma histories shows you real quick who your friends are. For a while, it felt like people dropped like flies, the burden of our family’s needs more than they’d bargained for. The blessing is that I began to see, really see, who would show up. I met other families traveling the same road. I made new friends. Some offered respite care. Others a shoulder to cry on. And yes, some knew just what videos to send. In other words, they showed up. Just as importantly, I learned to trust that they would.

I’ve been a mom for 18 years. My third child, the one with the hardest history, heads off to college in the fall. A lot of people have congratulated them…and me. On the one hand, I want to bask in this praise. On the other hand, it doesn’t feel deserved. First of all, my children did the work. Secondly, I didn’t do it alone. And thirdly, as I said, my own trauma got in the way of me being connected and attuned–or shall we say regulated and relational?–for far too long. There were times I doubt I connected even that 30% that experts say constitutes “good enough parenting”. All I can say is I didn’t quit. I kept hanging on, sometimes by the thinnest of threads. It’s hard not to dwell on the rough times, to wonder what could have been. Then again, if my children’s pasts haven’t derailed their futures, then maybe my own dark moments don’t have to determine mine. Maybe showing up marks a beginning, not an end.