Never Let Them See You Sweat 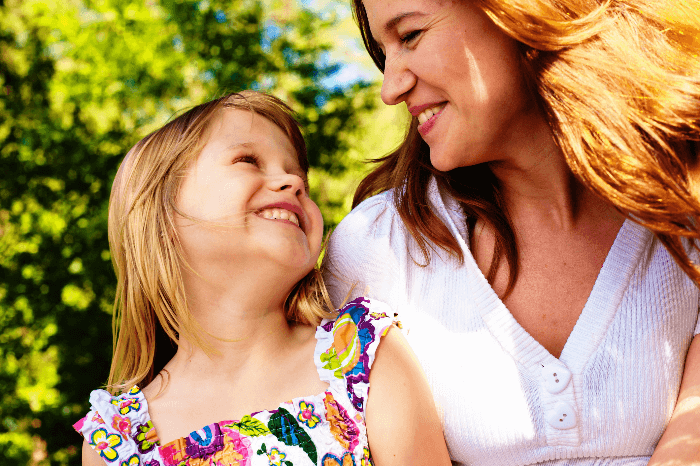 Every Monday my daughter (let’s call her LuLu) goes to a social skills class.  Most of the children are on the autism spectrum and that seems to work fine for her, even though I truly believe her developmental issues are trauma-related and not true autism (or at least not entirely autism-related).  It’s a nice bit of downtime for me, given that she’s in virtual school and I’m her daily learning coach.  Chatting with the other mothers is my own social break.  One of the mothers recently revealed that her daughter was also adopted and did it in the context of exploring why she acted the way she did.  We’ve since discussed ways that her daughter’s autism diagnosis doesn’t quite “fit” some behaviors and maybe there was something more there.  (Yes, I believe there is – early childhood trauma.)

Last Monday I’m not sure what LuLu was doing exactly, but she usually takes the waiting room by storm, with a million questions fired at the moms in rapid succession.  While she appears to be communicating, what the adult quickly notices is that the questions are repetitive and what she says next has little bearing on how the adult has responded.  Her communication is more about establishing her presence in the room than it is about any true two-way conversation.  And last Monday was no different.  Once the therapist gathered up the children and took them back into the clinic, the adoptive mom turned to me and said “How do you stay so calm with her?  Don’t you ever just lose it?”

Internally I was confused.  Could this mom not see the anxiety and stress I was feeling as my daughter whirled about the waiting room?  Apparently not.  Then it occurred to me that the decade plus of practicing my ability to appear calm for my daughter’s sake has paid off.  I’ve since asked another therapeutic mom friend, and she confirmed that I do indeed look very calm in the storm – no matter what LuLu (or life in general) is throwing at me.  Believe me, it’s a learned behavior; a survival technique.  Showing emotion, or even the hint of disapproval, has always caused LuLu’s behaviors to escalate.

So to de-escalate my kiddo it became necessary to practice what I call “zen parenting”.  It’s a bit like the Looney Tune cartoon where the anvil drops on the character’s foot and he runs clear through the huge house and finally out the back door to scream.  It’s not that I don’t feel the anxiety or emotions; it’s just that letting them show invariably escalates my child.  I have to do my screaming and venting elsewhere.  And that is truly one of the blessings of ATN, a group of parents who “get it.”   Here I can run out my back door and share how bad that @#*#*@*#$ anvil hurt!

Julie has been ATN's Executive Director since 2009. She joined the organization in 2004 after finding incredible support from fellow ATNers when she was searching for answers about her own daughter's early childhood trauma and attachment disorders. Julie leads a staff of passionate professionals and acts as spokesperson for the organization. Prior to ATN, Julie was the president of a marketing and communications consultancy, The Epiphany Group, and has over two decades of experience in professional services marketing, strategic planning and communication strategies. As a graduate of Partners in Policymaking and through personal experience, Julie has garnered a great deal of experience in the areas of special education, school issues, and disabilities advocacy. A published author, Julie wrote a chapter in the EMK Press Adoption Parenting book and was the special needs blogger at Adoptionblogs.com for two years. She frequently presents workshops on attachment and trauma to local and national groups. Email Julie. Julie holds an MBA from Avila College in Kansas City and was a Certified Professional Services Marketer. Julie, and her husband Dave, are parents to four (bio, step and adoptive), including their youngest daughter, adopted from China. This daughter’s attachment difficulties and developmental trauma disorder have changed their lives significantly…in amazing ways.